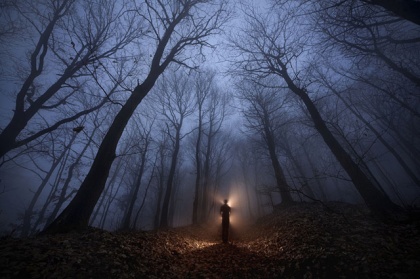 I grew up in Brooklyn, New York. During my early years, I lived in South Brooklyn, in an area that is now known as Boerum Hill. I loved taking walks with my father and I’m sure my mother was relieved when I did, as I was a very precocious child, always talking, very curious, very sensitive. Life for me never was about the big picture, it was always about the details.

My father took me all over the city the.We rode on  the Staten Island Ferry, roamed through Prospect Park and the Zoo, the museums, Fifth Avenue, Rockefeller Center, and all the iconic New York City sites of that time. I loved going out with my dad. It was a special time between me and him. I could talk all I want, and ask a zillion questions, and he never seemed to mind, in fact he encouraged my inquisitive nature and curious mind.

On Sundays we would go out to get the papers, the Sunday New York Times and the New York Post, which was actually a liberal paper at that time, the voice of the worker,oh but then I do digress.

We never got the Sunday Daily News and, believe me, this was much to my chagrin, as I always wanted to look at the funnies. This small custom set me apart from my peers because my little school friends would chat about Dick Tracy and all the other other comic strips, and I had no clue as to what they were talking about.When I told them my parents didn’t get the Daily News, as according to their politics, they didn’t consider it a paper worth reading, my friends looked at me as if I had five heads. My mother and father, both with very strong political views , felt that this paper was an extreme example of yellow journalism stoking the fears of some at the expense of others, but, oh yes, again I do digress.

One Sunday, as my father and I walked along the cobblestone streets of South Brooklyn, we passed a church, St. Agnes Roman Catholic Church, located on Sackett Street. I asked my dad, “What is that building?” He explained to me that it was a church where one went to pray to God. Now I did pray to God at night when my parents said my prayers with me but I was always intrigued by the notion of God. This beautiful, archetypal old church, where I assumed God lived, indicated by the triumphant tolling of the bells, usually as we were passing by, was a place that I was very curious about. My father said we could go “sometime”. Well, don’t tell me sometime, as I figured that meant soon which meant it would be happening imminently. I was a rather impatient little girl, a trait that has carried over into adulthood.

One day my father announced that we were going to go to Mass at St. Agnes. I was so excited, and I imagined that this meant we would be wearing masks. Hey, I was four or five….what did I know. We entered the beautiful church and found a seat in one of the back pews. The priest was so far away and was speaking in a foreign tongue; I found the whole experience to be amazing and intimidating. Anyway, I recited familiar prayers, as I smelled the incense, watched the procession of priests and altar boys and considered the sacred rituals to be somewhat of a mystery, but grand. When it was time for Holy Communion, this meant that my dad had to leave me in the pew while he made his way down the long, long aisle to receive the sacrament. Now if this were the present, I would’ve been able to go up with him, but back in those days there were many things that occurred in churches, deemed inappropriate then, but permissible today.When I looked like I was about to cry, my father asked a woman in the pew to keep an eye on me. She was very nice and pointed her finger to show me that my father wasn’t going to disappear, as it seemed to me. She motioned her finger to create an invisible trail that my eye could follow which reassured me that my dad was indeed in sight. You see, my father was my was my guiding light. I knew that everything was okay as long as he and my mother were near. I felt confident and safe. 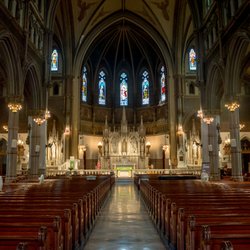 My husband Chuck was also a beacon of light for me. I didn’t have to see him, but as long as he was in my life I felt a sense of reassurance, calm, and security. This is what his presence in my life gave to me; he was my source of light and strength. Chuck was my my cheerleader, my backup guy. My father was like that for me too, as he felt that I could do anything and he was always cheering me on.When I lost my dad eleven years ago I mourned him woefully until the day my husband’s doctor called and said,” We think we see something on your husband’s pancreas.” I immediately tucked away my grief for the loss of my father so I could give full attention to my husband and the long hard road that awaited us both. I wished my father could have been there at that time for me, but again, he loved Chuck dearly, like a son, and I know he would have been sorely pained by news of Chuck’s illness.
I always knew that I could count on both of them and I felt  that when something went  left in my life, I had an added assurance that dad or Chuck  had my back. They were both like lighthouses in the distance representing a beacon of light which guided my steps. I always expected them to be there so you can only imagine that my life came to a halt when they were both gone within a four year span. Soon after I discovered that all I had was myself to guide and cheer me on. It was kind of like rediscovering my ruby red slippers and hearing Glinda the Good Witch utter the words, “Yvonne you’ve always had the power.”After all my anchors were washed away, I had to go deep and find my own beacon of light to help me as I adjusted  my sail and traveled in a new direction.

After I’d  left my first Mass with my dad, I complained to him that I was tired after that long service. I also told him that I didn’t like the fact that he had to leave me to go to Communion as I was afraid he’d disappear. I told him too, that I felt my first church experience had been very overwhelming and that I’d be fine not going again for a long, long time. I added that I was so surprised that we didn’t have to wear masks at Mass. Later that day I heard my father say to my mother, “Well, I don’t think she’ll be wanting to go to church again for a long time.” My mother said, “Well that’s good.” I heard them chuckle to each other, and I just thought they were so right. I didn’t want to risk losing my father in a sea of sacred pomp and ceremony and smelly smoke.

After a spouse or loved one dies, we sometimes feel as though a light in us has gone out. The energy, personality of the one we’ve lost meant so much to us, and we suddenly find ourselves in a long tunnel leading down a lonely, bleak road to points unknown. Our beacons of light have disappeared and one feels abandoned and alone. However, when we’re ready, we can reach out to a myriad of grief and recovery resources and search until we find the right one to suit our needs. That connection with others will help us to begin to feel less alone as we begin to repair our broken hearts and create a new life and our new normal.

We might also discover that the light we miss has now become a part of us. Our loved ones are a part of us still and our own inner light and strength will soon overshadow our grief as we become stronger. In time,we will come to know that we are being guided and strengthened from within. I like to call this the spiritual legacy left us by those who have gone on. So after awhile, look within, and you will feel a familiar presence no longer in the form of the lost spouse, or loved one, but now a part of the fabric of who you are and who you are becoming which is brave in a new world.

Want to know how you can discover your light within ? Brave in a New World: A Guide to Grieving the Loss of a Spouse   available on Amazon.com : http://tinyurl.com/jnjs5fu.

One thought on “When the Light Goes Out Look Within”