It was a very long time before I was able to use my husband Chuck’s name and the word dead in the same sentence. I rarely do even now, nine years in.
After he passed away, my mind couldn’t  process the fact that this was a permanent departure. It seemed as though he had just vanished, disappeared out of his body, and in some part of my brain I imagined that he might return.

I was not familiar with what death looked like up close and personal.When I saw my husband’s lifeless body I wasn’t sure where he had gone or what had just occurred. So I waited for his return and didn’t want to jinx the possibility of that occurring by saying the word dead. I chose to think he’d just vanished, which on some level opened up the possibility that he could come back again. That was the beginning of my grief journey. It was a ball of confusion, a world that I misunderstood as I entered a realm of uncharted waters laden with electrified barbed wire.

Months before my husband had died, a colleague of mine passed away suddenly also, coincidentally, from pancreatic cancer. I attended the memorial and as I was leaving and standing in the elevator with one of her four children, I expressed my sympathy, and he responded with, “We’re just trying to figure out what happened here.” At that time, I thought I knew what he meant. A few days earlier his mom had been alive and breathing and now she was gone without a trace, nowhere to be found. My husband was still alive so even though I thought I understood what my friend’s son meant, I actually didn’t grasp the full gravity of his situation until I was left to grapple with my own loss 10 months later.

I would eventually come to know that part of my not being able to use Chuck’s name in the same sentence as dead was out of my reluctance to come to grips with the finality of his life. If I didn’t say that word, I thought, then it wasn’t really true. Chuck wasn’t dead, his spirit had just left his body, which I saw as his earthly costume, and maybe he was still hovering near. So it was better for me to think that Chuck had just vanished into thin air, therefore he hadn’t really died, he had just disappeared. I even began to think, in the altered state that I was in, that he could possibly “come back” and that I would be here waiting for him. It was an odd sensation that coincided with this silent gap between when he was alive and after he had died. I had feelings of fear, anxiety, and trepidation along with a sense of expectation as I wondered what would happen next. I almost felt suspended in space and time surrounded by an air of expectancy. I began to understand what my friend’s son had meant, as you’re not quite sure how to make sense of having a living breathing loved one alive and then gone, in a flash, just like that.

What was I expecting exactly?

My friends tried to understand as they offered condolences, but it’s hard to understand an experience that you’ve never had. Plus, so many people grieve so differently that my reaction might have been seen as over the top. I know that people felt,”Chuck has died, but you’ll get over it.” And of course if you mentioned that you thought your spouse was not really dead understandably people would believe that you were experiencing a serious case of denial. But it wasn’t that at all; I found that there is a sacred period,a space between life and death, which is accompanied by silence. This interval leaves the person that is left in a numb netherworld, trying to figure out exactly what has just occurred. 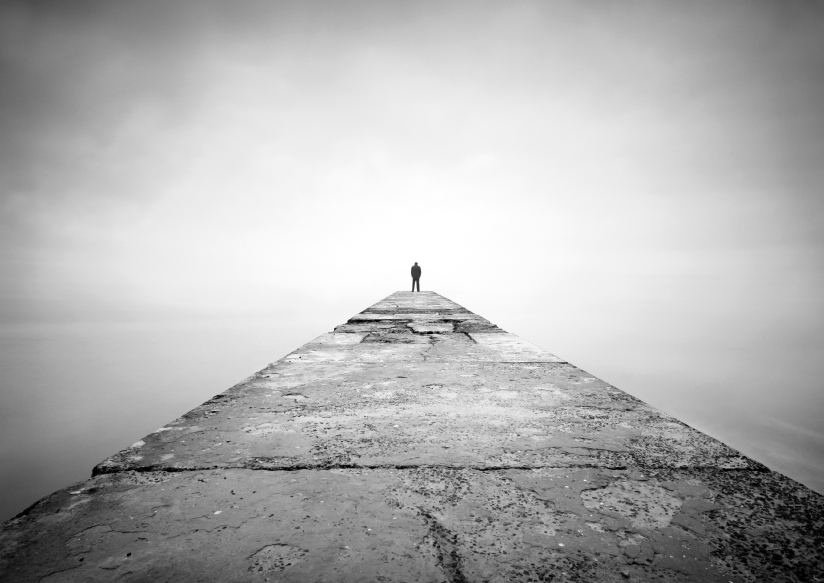 What should happen next?

At the time of my husband’s passing I actually did not know. I was clinging to Chuck’s life hoping for his return. Thus, I wasn’t ready to acknowledge that he was gone forever as that seemed unfathomable to me.

I began to think that I was probably the only one who felt this way, but I soon came to the realization that I was not alone. In my bereavement group there were several individuals who chose not to use the harsh word dead. They used gentler euphemisms like “she left, went away, disappeared, vanished, he’s not here anymore.” These people, just like me, felt that once the word dead was used, that all hope was lost and they would then be faced with the reality that their spouses were indeed gone forever, never to be seen again. This was a bitter reality for most to face, particularly at the beginning of loss.

I am happy to inform all that time eases the burden of grief and only those who have been through losing a spouse can attest to that. There is no space between love and time. Love is ever present as is time and they’re both intangible, existing without permission, forever. That sacred space between love and death is immeasurable. During that time that’s when the world that we once knew shifts and one must adjust to the unknown, wending one’s way into a world caught between life and death. It’s a new realm entered, to know and believe someone is dead. It becomes one’s haunting theme that hangs over those who grieve.

And until they’re able, it’s alright to posture loss into palatable, gentler terms. He’s just gone; she’s just disappeared; he’s not here anymore. Passage of time and what is done with that time along one’s grief journey will inform one as to how how they’re able to come to terms with the death of a spouse. Friends should not attempt to shatter that belief as the bereaved are fragile and need to be able to process their loss in their on way. One day they may hear themselves say,”He’s/she’s dead”, and by then hopefully they will have made peace with it, in their own time and on their own terms.