When Chuck and I were married all I could think about was our future together. It was no longer, just about me, just about him, it was about the both of us. When I look at pictures of the newly betrothed, I generally see blissful couples about to embark on their new journey… together. Although they are still individuals, with their own personalities, tastes, idiosyncrasies, habits and cultural backgrounds, they’re also two people coming together, merging their lives creating a new unified one and beginning to develop goals, merge dreams and thus creating new memories. There are expectations of enduring love, and the hope that all things are possible together.Couples go on to build their lives , raise children, and create family traditions that suit their common dreams and goals.They will bask in the joy and excitement of the highs that life will  bring their way. They will also weather the storms of their union, the ups and downs of life, that they will inevitably experience.

My marriage to Chuck was like that, peaks and valleys, highs and lows, but through it all my love for him and his for me, remained the foundation that bolstered our union as we lived our lives together. Love should be the foundation of every marriage, the absence of it can make tough times tougher. I believe that when one takes those marriage vows and signs that marriage certificate, it’s important that there is an understanding of the seriousness of this new undertaking. Chuck and I understood that, as we had a mutual respect and friendship which are key components of a healthy marital bond. 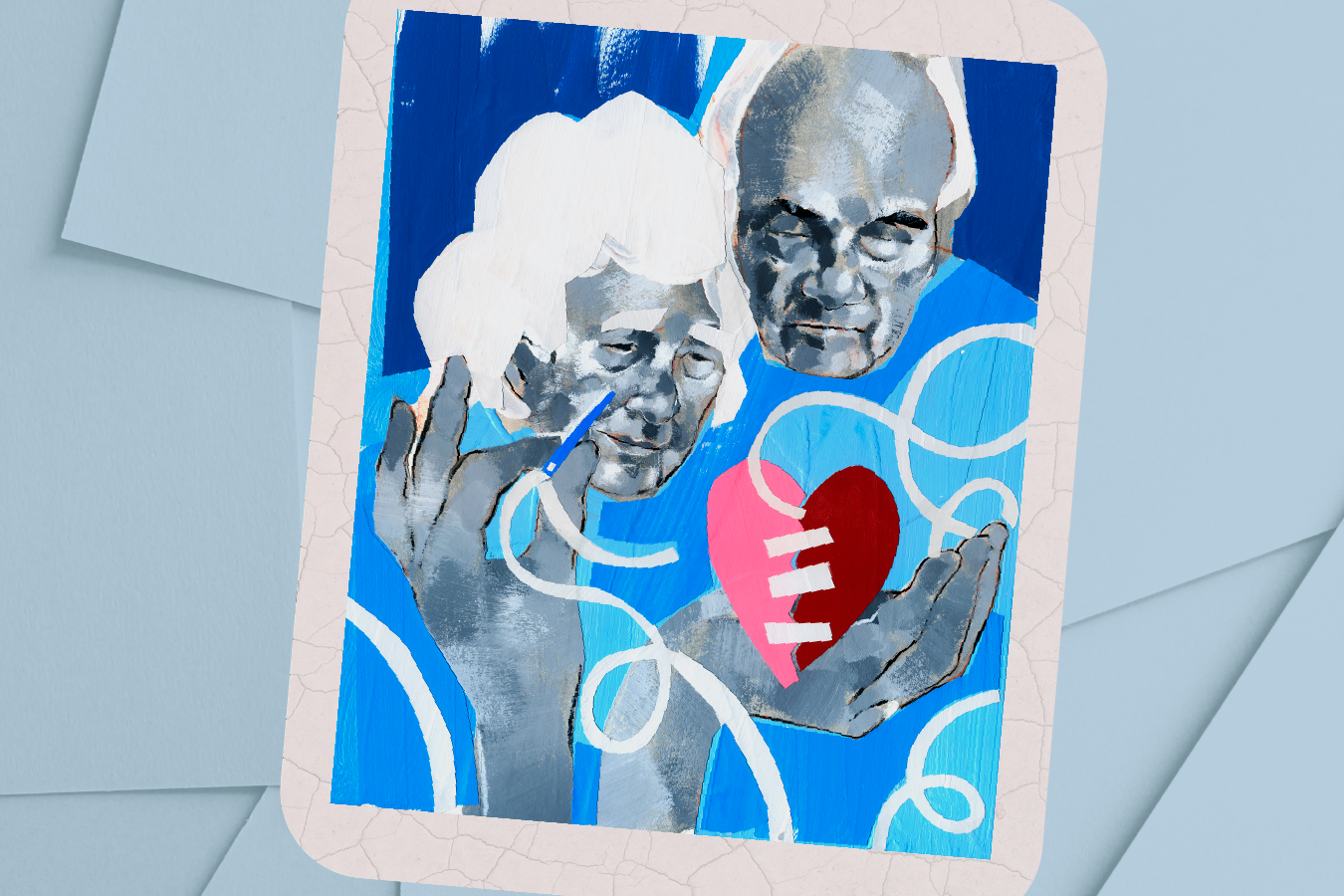 Over time the love may begin to erode because of various stresses that a marital relationship will inevitably experience. When that occurs, a couple needs to face their issues head on and decide how they will deal with each circumstance that comes their way. Never ignore an issue as it will always loom in the ether, waiting to be sorted out and resolved. Marriage should not be entered into lightly. I will say this again, marriage should not be entered into lightly. Premarital counseling is recommended so that couples can understand the seriousness of what they are embarking on and also learn the practical and spiritual tools they will need in order to  have a strong and satisfying life together.

I knew a woman whose husband became suddenly ill, and who found herself in a situation where she was caring for him for many, many hours a day. The illness happened out of the blue, interrupting summer vacation plans. She asked the question, “Is this what I signed up for?” When one becomes a caretaker, particularly out of the blue, it stops life in it’s tracks. One partner must shift from a normal routine to become “caretaker in chief”. This applies to men and women equally. Disruption of normal family activities to the point where one person must bear the burden of being the one to aid an ill spouse doesn’t come with a choice. That responsibility, “for better or worse” is implicit in traditional marriage vows. So although some may wonder whether or not this is what they signed up for, my answer is, “Yes, yes you did.”

Traditional marriage vows speak of “in sickness and in health.” We think it will always be a healthy union, but “situations beyond one’s control” can occur that will alter a couple’s life in ways that are unimaginable, and we, as the remaining spouse, have a moral obligation to be there for their beloved.

I once heard of a gentleman who has cared for his wife, for many many years, as she was stricken with a debilitating illness over 30 years before. He sacrificed his retirement years to make sure his wife was cared for, putting his own dreams and desires on the back burner. Many feel he’s a good guy doing the right thing. Some may feel that he has gone beyond the call of duty, but he just feels he’s sticking to his end of the bargain as well as keeping his moral obligation to his spouse. Commendable indeed, but it is exactly what one must decide to do if faced with a situation where a spouse becomes ill. Of course it’s not all black and white and if one finds themselves in a long term stint as their spouse’s caretaker, one must decide how to also create a balance so as not to become overwhelmed, depressed or get caught in a bubble with no way out. And those decisions have to be made by the caretaker/spouse in order to help her/him maintain his/her own sanity and well being.

I’ve heard horror stories too where a spouse , who is terminally ill, is abandoned by their partner, left to die alone. Those who remain, must live with their decision to abandon an ill partner and ignore the marital promise. These are personal decisions that show the character of individuals. These are the times in our lives that ask us to show love, selflessness and humanity toward a human being whom we have loved. The choices that are made in these instances are a matter of life and death for those who are faced with life and death. 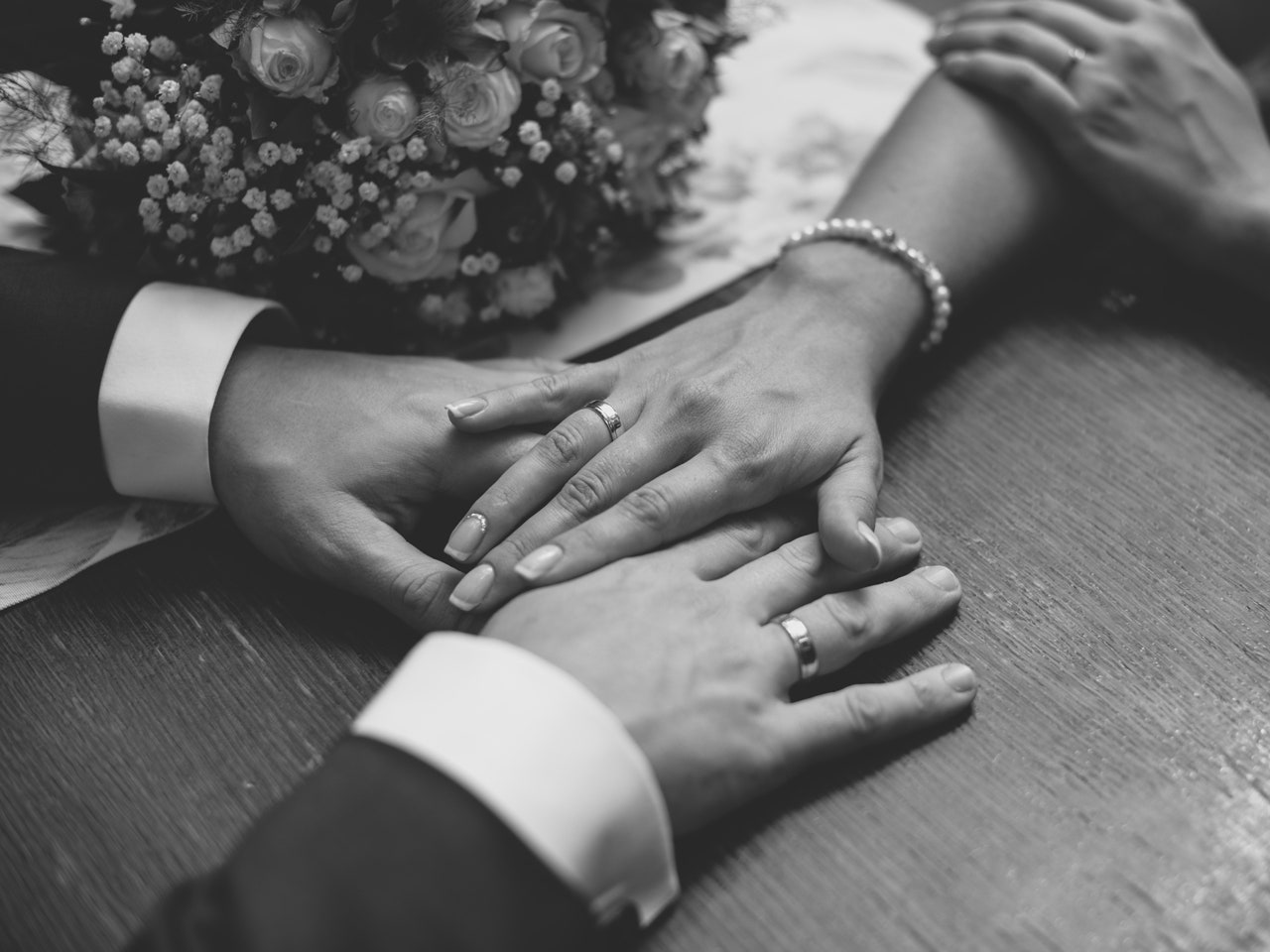 I suggest that before folks marry, there should be several conversations about each person’s values, likes and dislikes, political views, and expectations. Finding out about one’s partner, every aspect, is important, as well as discussing what each would do if one of them became ill. A question one might ask is,”Do you think that you would be able to take care of me if I became ill?” Nine times out of 10 individuals will respond with,”Of course, yes….without a doubt”, but beyond that it will force people to really think about the road they are about to travel on. We do not want to burden ourselves with thinking about relationships ending before they start, but giving thought to the future is a good and healthy way to be clear about one’s commitment to their partner. We want to be prepared, but not dwell in the what ifs.

The first year of marriage is an eye-opener, even if two people have lived together before. That little piece of paper adds a higher level of commitment to a relationship. With love and friendship as the foundation and the knowledge that there is no one else with whom you’d want to spend the rest of your life, you’ll know your answer to,” Is this what I signed up for?”, a question many ask when forced to care for their beloved. As for me,I never asked that question as there was no doubt in my mind as to how my own challenge would be met. We had to prepare to begin the most difficult journey of our lives,and I knew, without a doubt that it was my duty to care for my husband. Eventually, I would come to understand that it was an honor and a privilege to care for Chuck, that God trusted me enough to entrust me with his care. An awesome, tough responsibility and yes, “I would do it again.” Every individual must answer this question with careful consideration for what’s at stake.

For me it was in sickness and in health; for better or worse. A life altering challenge that has led me to the place where I currently dwell ….on higher ground.