This year, actually this month will be the eleventh year since my husband Chuck passed away from pancreatic cancer. It seems like a long while ago and only moments all at the same time. Funny how after you lose a spouse the time morphs into an endless stream of time: night, day, day, night. Weeks seem like days, months seem like weeks and years seem like some yet to be determined series of stages stretched out into seamlessly stitched together moments that transcend years, turning time into a flowing succession of days, differentiated only by light and dark.

The year that Chuck passed away I recall that I was anxious about leaving that year behind. I knew that I’d never be able to “feel his presence” in the same way again. I wouldn’t be able to say that he just said this a few weeks before or that he’d just done that a few months earlier. Once I stepped into the new year I felt I would no longer feel his presence, just his absence.

There were so many things to get used to after the loss. I had to learn new ways of living without him on the planet. Quantity of towels in the bathroom, setting the table, what to do with his drinking mug, going places alone were just some of the adjustments I needed to make. When it came to bouncing ideas off somebody or getting a second opinion or sharing something funny, I had to come to grips with his permanent absence and my sudden thrust into “oneness”.

But here is what also occurred as I entered a New Year, I was slowly leaving my past behind. Although I didn’t stop grieving, far from it, the new year, in retrospect, was the start of my new beginning. I was truly starting over again, from square one. During that period, I began to create new routines, develop new interests, revisit past interests, change my living space and take a good look at who I wanted to be. I decided that being me, my authentic me, was a good start and so I began to forge a new life rebuilding it brick by brick. 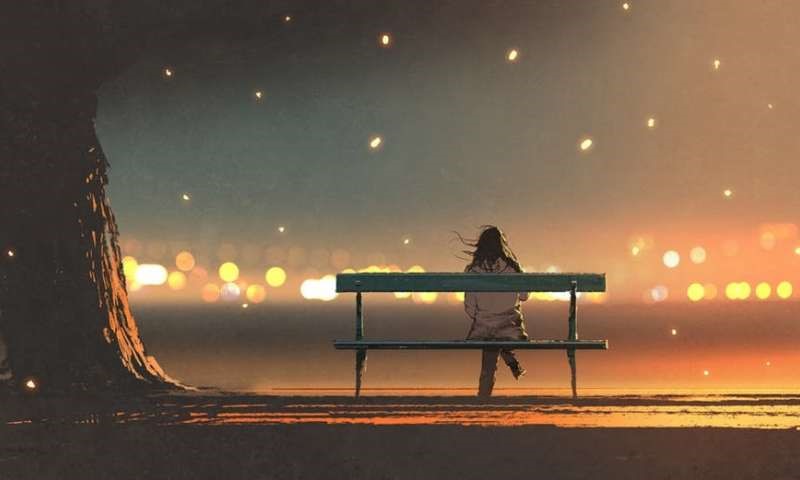 I examined old ideas, attitudes and lifestyles. I planned to retain some semblance of who I had been before Chuck, but I also explored fresher ways of being myself. It was a crash course in starting over and I was being taught by the world around me, which was moving faster than the speed of light. I was beginning to see everything with fresh eyes, an open mind, an open heart, and an open spirit. All of this was happening consciously and unconsciously as I grieved and continued to move my life forward.

As the years passed I could feel changes taking place within myself and in my life. I was different, my home was transformed, and I realized that I was in the midst of my new beginning.

I knew, as I continued to mourn my husband’s death, that I didn’t want to get stuck in my grief or  “widow narrative” so, after a time, I allowed my new life to mold me. And although, in the beginning, I did not want to betray my lost husband by going on with my life, I came to understand that he was no longer here and he would never want me to spend the rest of my days mourning him. Chuck would want me to live a full life just as we did together, when he was here.

My advice to all who are embarking on a new year of self-discovery and expansion is to treat the new year as your new beginning and an opportunity to live life differently. Discard those “obstructions” in your life that prevent you from making new friends, keeping friends, creating opportunities for new and fresh relationships, for chances to be adventurous, see new things and to take risks. Looking for companionship? Well, stop telling yourself that the “pickins are thin“, because the Universe will give you that. Stop listening to others’ perceptions when looking for a mate. Like little 3 year old Internet sensation Ayaan Diop think of yourself “as smart, blessed and highly favored” and repeat this and other affirmations that affirm the positivity of who you are and who you are becoming. You will always be becoming…and if you have positive expectations you will reap the benefits of those thoughts. Remember mind and body are all connected. But then, how could they not be???

Decide to live and think differently and this applies to those who have experienced loss and anyone who would like to tweak his or her life in positive ways.

Don’t allow the new year to be another missed opportunity to make changes that improve the conditions of your life. Being busy with a variety of outside activities is a good start to activating your new way of living. But nothing can compare to time alone, without distractions, as you think about who you are becoming at this moment in time and how you want that life to be. As long as we are able to fall asleep nightly and awaken to a new day, we’ll  always be able to start over. Use this new decade as a time to mark your new beginning. Become introspective, no matter how uncomfortable that may feel, and then make the changes that will help you to feel productive, alive and whole again, or  possibly, even for the first time.