My late husband Chuck and I were in our late 30s when we got married, and I was over the moon excited about marrying my beloved. He had been married twice before but still shared my excitement and happily joined me in planning our new life together.

I am an artist, and a formally trained jeweler. I dabbled a bit in painting, but jewelry making was my passion. In my early 20’s I was exhibiting my jewelry in galleries and it was selling in major dept. stores and boutiques in the Northeast. I also taught school, art in the early years, second and fifth in the middle years, art again at what would be the end of my professional teaching career, as I retired early and unexpectedly, to care for my ill husband.

After Chuck passed away and the dust began to slowly settle, I wondered how I would rebuild my life again. My slate was clean and I only had myself to think of as I navigated a new world that was foreign at best and scary at worst. There were times when I found myself teetering on the edge of extreme insanity and uncertainty.

As I began to wonder and think about what I wanted to do with my life going forward, I was forced to look at my past. I recalled that when Chuck was alive, in the years before his death, I was beginning to feel as if something was missing in my life. I was Chuck’s wife and we had a good marriage, but I was experiencing what I would characterize as a rumbling in my spirit. It was during these many periods of introspection that I discovered that I was yearning for something more. I felt that I was missing something in my life and I needed to do something different, although I wasn’t sure exactly what that would be.

I soon realized that these intense feelings of discontent were letting me know that I wasn’t being my authentic self or that I was not pursuing my own dreams apart from my husband.There was a reverberating noise that had me quaking inside. This strange feeling was separate from the aches I had from having lost my husband. As I thought back on my life with Chuck, I felt I had reached the point where I was beginning to feel that our lives had become humdrum, routine and boring. The ordinariness of our life together lacked the excitement and adventure that I craved but I didn’t know it at the time.I must’ve been experiencing a midlife crisis, but I put a lid on those feelings hoping that they would go away.

When Chuck passed and as I explored the many options I had for my life alone, I kept coming back to the things that had once excited me, gave me purpose and whet my creative juices. Soon I began to redecorate my home in new ways, bringing in more modern elements while discarding many of the things from my old life with Chuck. I had curated Chuck’s belongings which were now stored, given way, or incorporated into my new life without him. It took a moment for me to realize that I no longer had to respect another’s opinions about the way I would be in my life, or how I was changing my home or where I would travel next. I just had myself to consult and only me to answer to.

Soon, I realized that I wanted to put my thoughts down on paper so I began to write. I’d always written even as a child, poems and stories, and as an adult I had produced 2 cable TV shows and as a freelancer had written several fashion and restaurant reviews for local newspapers.The difference now was that I felt what I had to say was important. I wanted to express how I felt about my grieving experience, and I wanted to comfort and support others with their losses.

My grief journey connected me to my spirit and I became more in tuned with what it was that I wanted, needed, out of my life. I soon began to feel more engaged with life and it was more than a cathartic experience; it was as if I’d burst out of a bottle and into an HD life full of new ideas and ways of being alive.

After years of marriage a couple can hit a wall – it can happen after five, seven, 15, 20, or 30 years. All of a sudden one or both may question “if this is all there is”. The routine of one’s life, the banality of it can sometimes leave one or both feeling as though “something is missing”.

For me,finding the missing pieces became the start of my new beginning, getting back to my artistic roots writing, being creative, while not having to consider another’s opinion. It happened that my answers came after my husband was gone and this was the catalyst for my evolution as I began to explore my life in new ways, uncovering my desires and needs apart from anyone else.

When you feel rumblings in your spirit, it doesn’t mean that you want to disconnect from or leave your marriage, but it’s a good idea to address what is tugging at your spirit. You may find that you might need to step back from your daily routine and do some soul searching for a while.Those rumblings when addressed are what help us to grow. It means that a change has to occur in the way one thinks or does things.If this does not occur voluntarily then it will be forced upon you.

Remember life is not meant to be stagnant. Change is a neccesary part of life, it is what adds depth, texture,meaning and color to being alive. 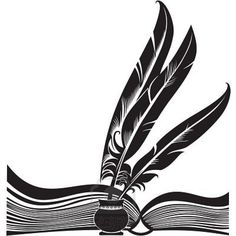 Although I couldn’t figure out exactly what was going on when I felt these longings and desires for that “something that was missing”, while Chuck was alive, it was when I was alone that I was able to dispense with my daily routine of over 20 years and listen to what my spirit was trying to tell me.I eventually got back to being my creative self by writing, sewing, changing my home around and designing a new life for me.

When we are able to understand what is going on within us, we will begin to feel in harmony with life. It’s a good idea to take the time to listen to what your spirit wants you to know. I was able to let my spirit be the driving force of my new existence, as a woman and as a widow. It took me in a creative direction that ultimately healed me and helped me to heal others.

Who knows what my spirit would have told me had my husband continued to live.Who knows if I would’ve even listened. But either way the key to my happiness was to address the yanking of my spirit and not ignore it as it would lead me in the direction that I needed to go, which ultimately would better serve me, the higher good of my soul and all whom I reach out to help.

Read more about how to get through the pain of the loss of a spouse Brave in a New World: A Guide to Grieving the Loss of a Spouse available on Amazon, and Lulu Publishing.com

3 thoughts on “Rumblings in My Spirit”