As I design my new website and tweak add-ons and ideas, one thing I have decided to do is to expand the scope of my writing.

I’ve always been interested in how human beings interact with each other. I’m curious about why people do the things they do, say the things they say, live the way they live,  think the way they think and treat others the way they do. But more importantly, it is the way we treat ourselves, the decisions we make that impact our own lives that intrigues me most.
So, as I begin to shift gears, I will be writing about a variety of topics focusing not only on grief and  recovery but also life matters, home matters, and love matters.

When I was dating my husband Chuck, I knew almost immediately that he was the one.I knew also, that I would want to spend the rest of my life married to him. Chuck had been down that road twice, being married, and although he knew I was the one sooner than I expected, and told me so, eventually, as time marched on, I would learn that he was a bit gun shy and unsure as to whether he wanted to walk down the aisle again.

We agreed that we had a great relationship, that we got along really well and we enjoyed a lot of the same things. We loved being in each other’s company and had a lot of fun together especially on weekends after our long work weeks. Sometimes, on evenings when he taught, he’d surprise my son and I by popping over and joining us for dinner or just hanging out for a bit before heading home to his apartment on W. 71st St. in Manhattan. I love good surprises…he did not,oh but then, I do digress.

What’s the worst that can happen?

Around the two-year mark, I felt that I wasn’t sure that a marriage would happen, as complacency had set in and we didn’t seem to be moving forward,but just running in place.
I was a bit frustrated and decided to confide in a close male friend about my dilemma. Ironically enough, my dear friend was in the same predicament, dating someone who wanted to get married, and because of his own personal history, he was not sure whether or not he was ready to move forward yet either.
I remember the day that I went to meet him at his office;it was a raining cats and dogs and I was feeling as forlorn as the weather. I sat down and I shared with him what was on my mind. He said that he had met Chuck on several occasions and he really liked him a lot. My friend then asked me how I felt about him. I told him I was in love. He then advised me to “put the pressure on”. I told my friend I didn’t know how to do that very well, and he stunned me by saying that he had observed me over the years in various professional situations and felt that when I wanted something, I was able to strongly advocate for my myself quite well. So, he concluded, he felt confident that I could do the same thing in my personal relationship. I told him I was afraid to do that and his response to me was, “What’s the worst that could happen?” I responded with, “Chuck would say that he did not want to get married.” My friend then said, “And don’t you need to know that?” Adding, “You are still young, you have your whole life ahead of you and why keep the blinders on? You should know what he really wants to do. Two years is long enough and you need to know so that you can meet someone else and go on with your life.”
My friend also said that he knew it would be painful for me if it ended up that Chuck really did not want to spend the rest of his life with me, but better to endure the pain now then to find out years from now. I could end up feeling that I’d wasted my time in a dead end relationship.
I left his office that day and decided to face the fear of losing Chuck or losing time. Wishing and hoping would not make things so and in order to move from A to B, I needed to take control of my own destiny and destination.
I took my dear friend’s advice that day and I began to nudge gently. A year after that conversation with my friend, Chuck and I were walking down the aisle of St. Paul’s Chapel at Columbia University, in New York City. 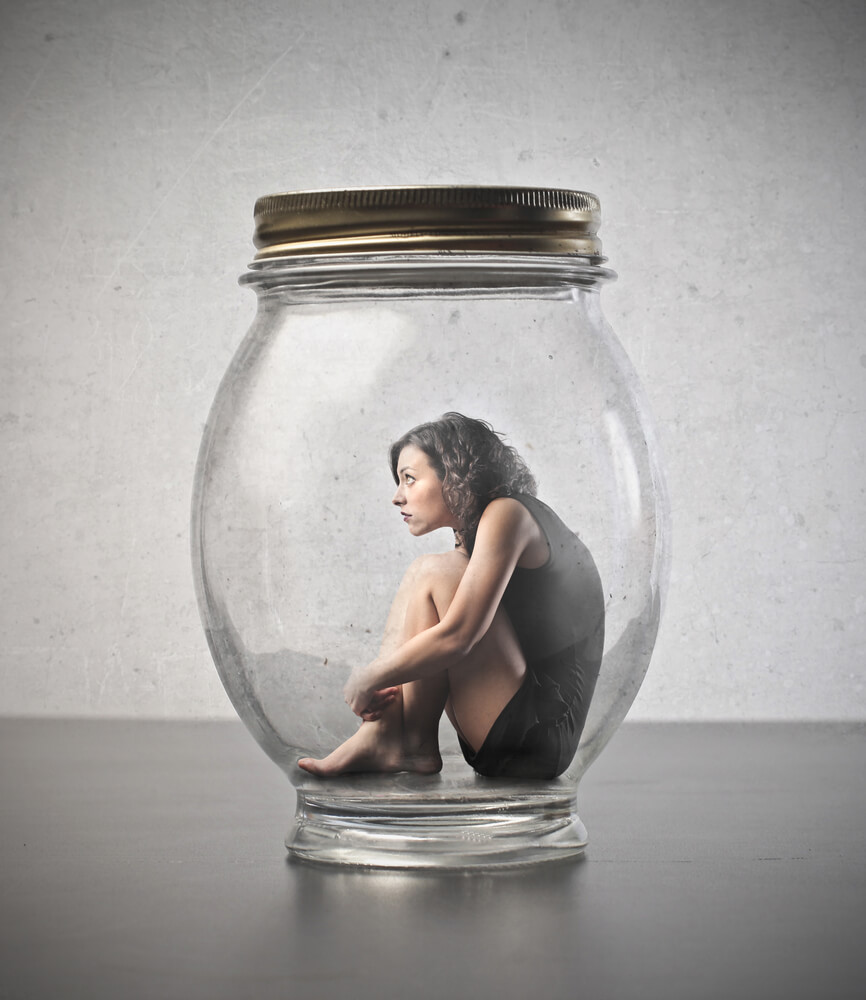 The truth will set you free…….always

On the receiving line when my friend greeted the two of us after the ceremony he said,” I should have been in this wedding because I am responsible for the two of you getting married.” Chuck looked at me and whispered, “What did he mean by that?” I quickly answered, “Beats me!”

My friend helped me to take control of my situation. He laid everything in my lap and helped me to face the possibility of dealing with the pain of loss now as opposed to the pain of loss down the road, which would have had an even greater impact on my life. Facing that fear prevented me from wasting anymore time in a stagnant relationship. What I really needed was to have what I wanted and to not waste another moment that could turn into years of anguish and frustration and long suffering.

Facing our fears is something that many people have difficulty doing. It’s the reason we have so many addicted people, depression, violence, unhappiness and regret. The fear of not wanting to face reality or keeping the blinders on prevents one from dealing with whatever it is that prevents us from moving our lives forward toward what we really want for ourselves. We become stuck, hoping and wishing, or we numb our feelings. Thus, we continue dealing with the physical desires as opposed to the desires of our soul.

Wishin’ and hopin’ and thinkin’ and prayin’

Many people remain in relationships way past the time that they should hoping that in time things will go their way. Meanwhile, precious time is creeping by as they lose themselves in a dead-end situations instead of standing up to their fears and therefore standing up for themselves. We do not want to be rejected, we do not want to feel like failures, we do not want to be alone. In actuality, however, we really have a fear of the unknown.
By remaining a the situation out of fear, we not only give away our power, but  we will prevent our lives from moving and unfolding in a way that will benefit us the most.
At some point we must get rid of the fear and speak up on our own behalf. Whatever pain we undergo by facing the truth will never equal the devastation of remaining in a place too long or of suffering in silence. First you must identify what you really want and go for it.

As I’ve matured, I am no longer afraid to ask questions and  I face situations head on. I do not want to remain in the dark hoping for the best. One must stand in one’s truth and face the fact that not every situation may go your way, no matter how long or how much you wish it so. Facing the truth of a matter will set you free. You will be able to explore other career paths, other relationship options, other friendships that await. Once you’ve faced the situations that prevent you from having the life you really want you will be transformed and no longer transfixed.

Postscript: My friend eventually married his long time girlfriend.They lived happily creating a new and wonderful life together until he passed away a few years ago. Nothing is promised and time marches on, but there’s always time to make changes and choices that will move you toward your heart’s desire and your destiny.