I pondered this recently as I recalled  grief stories that I’ve heard over the years.Many losses are complicated.Sometimes we might see a man or woman moving on to new relationships too quickly,but often there are extenuating circumstances.There are many marriages where love is no longer a part of the equation and the true details of one’s relationship are not for us to ever know.

Life is very complicated and it isn’t always black and white.Now,my husband believed that everything was black and white but between you and me he actually lived a lot of his life in the gray. He wouldn’t admit it, but it’s true. Sometimes do as I say doesn’t equate with do as I do,and I witness this a lot in life,but then I do digress.This all comes from a girl who has lived a lot of her life in the gray.I understand that there are many layers and dimensions to  hundreds of  life experiences and I try to be open to the variety of options,reasons,twists and turns that fall between the black and white of life. There’s gray in all relationships and to know the inner workings of two people’s shared lives would mean you’d have to be one of the two people.Those on the outside who speculate about another’s relationship are really just spinning their wheels.

There are some,when a person dies,who are relieved,yes….relieved.They might have been the caretaker, and are eager to move on and live again. Being a caretaker holds one hostage for an indeterminable amount of time. When death finally arrives, the person who cared for their spouse may feel remorse tinged with relief. For many a caretaker, the act of caring for a spouse,especially if it’s a protracted illness becomes a time for living the long goodbye. So the caretaker may actually  be mourning while they are taking care of their husband or wife.When death arrives,a spouse may breathe a sigh of relief. There are other circumstances where people may feel as if an albatross has been lifted off of them. Friends or relatives may find this behavior to be inappropriate and worrisome to say the least.I recall several instances where none of the parties experienced typical grief and here are a few:

One gentleman, whose wife was catastrophically ill, and whom the man cared for till her death two years ago, is about to remarry this summer.When asked if he didn’t think it too soon, his answer was,”I’m in my mid-70s, and really how much longer do I have. I loved and cared for my wife for many years,and now I want to move on,have companionship and enjoy the rest of the life I have left. I want to be happy again.” He is a tennis player,he loves to travel, has a beautiful home which he wishes to downsize and he wants to grasp a chance at love,happiness and a new beginning.Now some may see this as too soon, but when you think of life and the unforeseen events that can arise at a moment’s notice, it makes sense this gentleman would want to move on quickly and rebuild with another.Some mistakenly see this as a betrayal of the deceased or not enough time to honor the loved one.But we must remember the spouse is gone and after the initial feelings of shock,loneliness and emptiness settle in,some may yearn for a companion as they begin to rebuild a life.This man cared for his spouse and then realizing that he was not a young man any longer,decided that he wanted to move on.Keep in mind too,why would your former husband and wife want you to be alone for the rest of your days? They are in another place and just want you to find happiness and lead a healthy and productive life.

Then there was a friend of mine whose husband suddenly disappeared. He was a renowned writer and scholar and his body and car turned up several months after his disappearance in the murky waters surrounding an arboretum in the Midwest. Suicide was thought but the autopsy results were never really conclusive,thus the circumstances of his death remain a mystery to this day. There was a memorial that was held in the state where he lived, but since he was a New Yorker by birth the funeral was held here in his hometown. After he passed, the wife,having been a widow for four months, decided that she didn’t need to feign sadness. She felt she had mourned enough,from the time her husband disappeared to the present, which was about seven months.She decided that she wanted to put her life together and move on. She stated that she was still young, she wanted to try and find a new mate and have children while she could. She felt she had many years ahead of her and wanted to close the door to her past and begin anew.Well, you can imagine the quiet uproar her unabashed candor caused among the folks who heard her statements.We,the friends, were still in shock at the unexpected death of our pal and puzzled by the cloudy circumstances of his untimely death.Meanwhile,his widow, insensitive to those around her,did not have the decency to even “fake” a mournful appearance.To us,his esteemed colleagues and friends,our state of grief was in stark contrast to “the merry widow”.This couple appeared to have it all,the perfect couple.He was handsome, a brilliant scholar, she was lovely,a gracious host,sophisticated,creative,and bright.She did everything with aplomb.But we will never really know the circumstances of their relationship nor should we.All we can assume is that it was complicated.From her perspective,she felt that she’d mourned long enough,and once her spouse was buried, this new widow was ready to move on in seven months.And she did!

Finally there’s the woman who was in a very unhappy marriage. She contemplated divorce, but she had a son and she really didn’t want to break up the family. She hated her husband and was constantly wishing he was dead. One day there was a huge plane crash,and although her husband wasn’t on the plane, he owned a business near the airport.As fate would have it,the plane crashed,hitting his building and he became collateral damage,killed instantly on the ground.This young mother became so distraught and was completely in shock because she felt guilty that she might have somehow caused his death by wishing him dead. She endured many years of therapy ,wrestling with feelings of guilt and conflicting emotions. It would be several years before she could re-create her life,which she did rather successfully,rebuilding a life for her and her brilliant son.

Of course,none of these stories are reflective of the accounts from the bereaved that have been shared with me,since I started doing my grief work.This is because I do grief,comfort and recovery work and hear from only those who are in the throes of grief. I think it’s important to note,however, that not all people grieve, not because they can’t,or because they’re holding it in,but because of  the varying degree of circumstances of the nature of the relationship they had with their spouse.They just don’t feel that remorse,instead they feel free. That’s another reality that we must consider when we,who wish to help, want to judge,advise, or criticize.

Death is life-changing and for those of us who grieve it is a long journey to that new beginning.For some though, who live in the gray, it is a short journey to a new life. Not everybody who experiences the loss of a spouse is going to feel the same way. Everybody’s grief and loss experiences are different. I met someone the other day who’d lost her husband,She told me that she knew I’d written a book and she said that even though her husband had died this past December, she was doing just fine. She also shared that her husband had been sick often off and on for more than 10 years and she had been his caretaker for all of that time. She wanted me to know that she was moving on in her life. She looked great and was looking forward to a new beginning.Some people decide that they do not want to miss out on what life has to offer for whatever time they have left.They feel lonely and may want to find a new life partner or companion to love and build a new life with.Whatever the reasons, sometimes we have to bite our tongue and let them be.

I understand so much more about life now then I did way back when my friend lost her husband so tragically.Although I still feel some kind of way about her demeanor at the repast,now,many years hence,there is a part of me that understands the urgency she felt to move on. I’ve now learned to hold back on my judgment and criticism of those who seek companionship after loss.In some cases,they readily put the past behind and are ready to move on.It is clear that loss is not the same for everyone,because life and death are not just black and white and within the spectrum there are definitely many shades of gray. 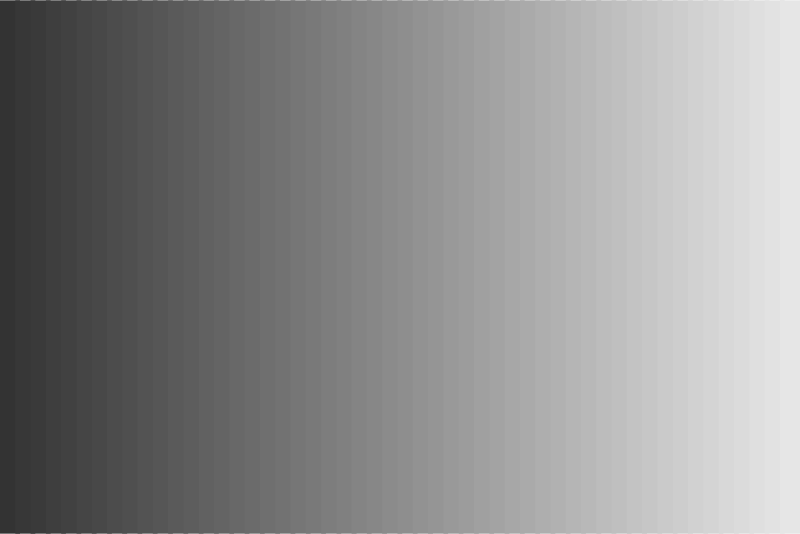 Brave in a New World: A Guide to Grieving the Loss of a Spouse available at Amazon, Barnes and Noble and all other e-booksellers.Also available in New York’s Riverside Church’s gift shop.Go to http://www.braveinanewworld.com ,click on the tab and order your copy today.