When I was a young girl in my teens, I used to spend a week in the summers with a great aunt who lived in West Philly. She was a retired schoolteacher,a widow and my father’s fave.My aunt was very erudite and she loved reading and writing. She lived in an apartment on a cobblestone street.I don’t remember all the details of that time, but I do remember that I was never excited to spend a whole week with my  great aunt in Philadelphia. Don’t get me wrong she was the loveliest woman, but I was young, in my teens, and there weren’t any young people my age around except for one young girl who visited with me on occasion.

Aunt Marie and I would go sightseeing around Philly, the Liberty Bell, Independence Hall, and other typical tourist attractions and historical places of note.When we’d arrive back at her home,I was so bored I found myself counting the days to when I would be going back home to New York. In those days a week was forever, and long-distance calls were very expensive, so I didn’t call home often, but when I did speak to my parents and pleaded with them to allow me to come home early, they assured me that I would be home soon enough and that my Aunt Marie was really enjoying my company.I seriously doubted that,so those reassurances fell on deaf ears.In all honesty,I would’ve preferred to have spent a week with my cousin in DC. He was cool, he had great friends, many of whom were very good looking guys. My cousin was popular and I found that there were many benefits that came with being the girl cousin from New York,but then,I do digress.

The first time I met my Aunt Marie was in the 60’s and it was before her husband, my father’s Uncle Matt, had died. It was the only time I would ever meet him, tall dark and handsome, but at that point in poor health. My Aunt Marie became a widow soon after that.That was one of the reasons my parents wanted me to spend time with her because she was alone,  her grown children out on their own. In the beginning of my visits I would sleep in the room with my aunt,and in the middle of the night, for the first couple of nights, I would be awakened by sobs. I didn’t understand what was going on until one night I asked her what was wrong. She explained to me that she missed her husband and her daughter, a little girl who had died of an illness at a very early age. She proceeded to show me pictures of both. I felt sad for her, but I didn’t understand after so many years how she could still be mourning the loss of her child,who must’ve died at least 60 years earlier and her husband who had been gone at least 5 years, at that time.
After learning all of this I felt very sorry for her,but I also felt sorry for myself,in that typical teenage it’s all about me kind of way, as I so wanted to get some sleep.Realizing that this would be my ongoing sleeping situation until further notice, her sobs, my inability to sleep,laying awake, longing to go home, I decided to sleep on a couch in the living room. I remember it was small, as was I, 118 pounds soaking wet, but still I scrunched myself onto a tiny couch nightly counting the days to when I could return to my comfy cozy bed in my purple bedroom back in Brooklyn,New York.Purple and orange,in that psychedelic era, were my favorite colors then.

I was an avid reader,so out of sheer boredom I began looking through her titles hoping I’d find a book that would hold my interest until I left for home. It was in her library that I found many interesting things to read,including the latest Reader’s Digests.Soon I landed on a copy of The Haunting of Hill House by Shirley Jackson.Thereafter I’d sit in my aunt’s window seat and read until so tired, I fell onto the settee and tried to get some sleep. I loved that book and in years to come, when I would see the movie adaptation called The Haunting, I would remember my time with my aunt, but from a different perspective.Years later, I began to view the time spent with her with great fondness tinged with sadness.At that time I was at the beginning of my life and I had a limited view. I understood so little about life, the passage of time, the passage of people and grief.I was as tall as a 5 foot hedge but could not see over it. Aunt Marie cried every night I was there; she was an insomniac kept awake by her profound grief. She couldn’t make peace with the deaths of her husband and her small child. These losses weighed so heavily on her that the only outlet was to weep nightly as she grieved and grieved, wept and wept.
I am sure that this was a typical way of handling grief after loss for many widows/widowers during the 50’s and 60’s. You lived your life daily and grieved quietly for your losses until your time was done.However,I also know that there were those who were able to make peace with the deaths of husbands, wives, children, and eventually were able to go on and learn to live again, have full lives some even finding love again.Sadly,this was not the case for my Aunt Marie, and were it not for my brief summer visits I would never have known about or experienced her pain and sorrow which in many ways would be a precursor to my own.

Nowadays we do not have to shut ourselves away and deal with our losses alone. Some may want you to,and others may not know how to avail themselves of the services and communities available to caretakers and those who mourn. There are many available counseling groups, grief communities, and many other forms of assistance.Bereavement counselors, pastoral care, grief and recovery groups as well as other systems of support, some affiliated with local hospitals, hospices and local health and wellness organizations  all service the needs of those who require support, comfort and grief counseling.The one element that one must have is the desire to embark on the grief journey.We can distract ourselves but so long until we finally implode,so getting assistance is critical to rebuilding a life after loss.

A few nights before my husband died, I called a special hotline and the people on the other end were able to coach me through which medicines to give my husband who at that point was in acute pain. These were heavy-duty medications meant to be used carefully and when he was in dire need. The folks on the other end of the phone were knowledgeable, compassionate, kind, and confident as they assisted me in caring for my husband by remote. On a later call I thanked them for their help and the woman answered me, “oh we have all been there, that is why we do this work, all of us.” I knew then that these wonderful volunteers had taken their experience with loss and were now helping others who faced similar circumstances. What a gift of service to be able to give back to those who find themselves as caregivers for their dying spouses. 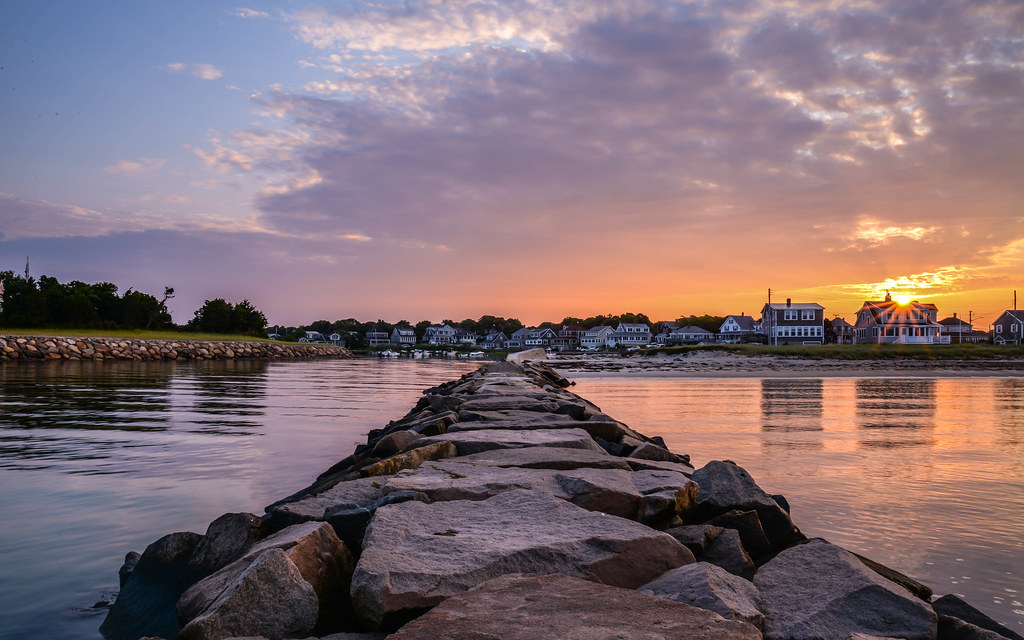 I’ve thought about my Aunt Marie often in recent years. She loved to write and wrote me many letters in a block style script that looked so elegant against my scrawny chicken scratch. I have a new appreciation for the grief and sorrow that she suffered, the losses that followed her daily for the rest of her life. I would never see my aunt ever again, after the last summer I spent with her, although we did correspond regularly and  talked on the phone occasionally.Eventually, she moved from Philly to Falmouth,Mass., and one end of summer afternoon,when I was in Oak Bluffs,I called her, we chatted and said we loved each other. Two weeks later she unexpectedly passed away and I am convinced  that she had continued to grieve those deep losses in her life until the day she died.

No one should have to endure a life sentence of grieving. It is important that those who grieve reach out and become a part of the living before too much time passes or they risk experiencing prolonged grief, complicated grief which can interfere with how one functions on a daily basis. It can also prevent one from moving their life forward. It’s not easy to get through the pain of loss, but with the will to survive and create a new beginning,by taking advantage of all the assistance that is available, one can go on to construct a rich life, new relationships, maybe even find love again but most importantly…LIVE!