No one understands the rituals of grieving more than those who have walked that walk. How long we will stay on this road cannot be readily determined. It depends on each individual.

So many well meaning friends and family just don’t get it……you know the whole “my husband/wife is dead” thing.I hear this from practically everyone I’ve spoken to who has lost a spouse.Some folks actually think  she’s/he’s gone now and pretty soon you’ll be back to normal.Some actually,unwisely say these things aloud to those who have experienced loss.But, as I’ve  stated before,after losing a spouse you will never go back to “normal”. You will be transformed and enter into what I call a “new normal“. When I think about it now,I  can understand how hard  it  would be for anyone to wrap their head around such a drastic loss.How can one comprehend the magnitude of pain and sorrow that one goes through unless they are in that person’s body or mind. I understand also that most of the time,it’s out of care for the individual that people will urge loved ones to get over the hump and become a part of the world again.But of course I have so many years behind me and can now step back and look at my own experience through a different lens. 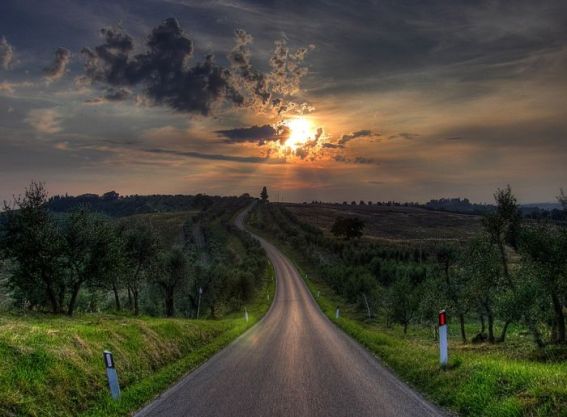 When my father died in 2005, I was so devastated. I missed him sorely and  would grieve openly and then silently for a few years. What stopped me from being open with my grief? My consideration for others. I knew that I had to at least look like I was living in the present for the sake of my husband. I knew that my husband would not understand why I was gloomy and sad for a prolonged period of time. In fact he said to me that,” he missed my father too.” I felt as though he was stealing my grief for my father from me by letting me know that he felt my pain also.What he didn’t understand was that my dad was not my father-in-law he was my father that raised me,and cared for me and taught me things and loved and cherished me.I just needed someone to comfort me,not share the pain with me.I did not voice this to him,as I would not have known how to have said this to him then,so I hid it and gave the appearance of things having gone back to normal. Ironically when my husband lay dying, probably 3 to 4 weeks before he actually passed away, it was his father and my father that he “saw” in visions as he lay ill and ,I’m sure,at that point,yearning to leave this place.

I was fortunate because I had a few friends that I could turn to for comfort, and I decided that I did not want to burden my husband with having to be there for me for an indeterminate amount of time. I knew that my husband was not built that way, to be a vessel for those who grieve. So I tucked it away and grieved on my own.

But as luck would have it,I knew a woman who shared with me that when her father died suddenly, it sent her into such a tailspin, but she knew that she had to eventually put a cap on “it” because her husband wouldn’t understand and would worry that she was “taking too long to grieve”. So she continued to grieve silently,when in reality her father was the” first person she thought of when she awoke and the last person she thought of before going to sleep.” My conversations with this woman gave me comfort and reassurance. I found it to be an open, and honest, conversation about grief and grief management. Most people will just tell you things like,” It took a long time but eventually I got over it”,or “It was very tough but after awhile I was able to get through it”. Although all of these epitaphs should seem to bring reassurance,in reality these statements are way too general to really be of assistance to those who are in the midst of “hell on earth.”

I continued on grieving silently for my dad and after a while no one really knew how terribly I missed him.In fact the event that interrupted my grieving for my father was when my life was disrupted by the catastrophic illness which entered Chuck’s life and changed our lives forever. Once we got a confirmed diagnosis of pancreatic cancer, it put an abrupt end to the lingering grief that I had for my dad.I knew that I had to be strong and at the ready for the days that lay ahead.

Some people are just not built to be long-term consolers for the bereaved. They can love you, and take care of you when you’re sick, but to console, to give comfort, to  patiently empathize, until another’s grief is done,that’s a quality  that few people possess.I cannot fault my husband for his lack of empathy,long-term.He was a good human being,loving and precious and always did the best he could to care for me and be there when it mattered..When I think back on that time I realize that my husband did not want me to get buried in my grief.He wanted me to remain among the living.He could not bring my dad back to me but he didn’t want to lose me too.

Now, here’s the interesting part of this piece, many people who urge others to move their lives forward quickly and put the grief behind them, are often people who are good at putting a lid on their own grief and sorrow.If grief after loss is never dealt with it remains with you as long as you live. When my father was ill,before he could no longer speak,he said he was not afraid to die because he would see his mother again. Ironically, when Chuck was ill he shared how he longed to see his father again.Chuck missed his father so much, but he tucked his grief away and went on with the rest of his life.He felt he had a responsibility,as a man ,to suck it up and be present.I knew of his longstanding grief and how the pain from that loss never really left him.I also knew that after that major event in his life he was never the same.Thus,as they both made their way to death’s door,my father and Chuck, were both looking forward to crossing that threshold with hopes that they would be reunited with their lost loved ones once again.

There’s not much we can do about other people’s reactions to our losses,but we can stop them in their tracks and let them know that we’re already in pain so their words, though well meant,are not quite what we need to hear at the moment. You will be teaching others how to care for you with their words.You can also say Stop! 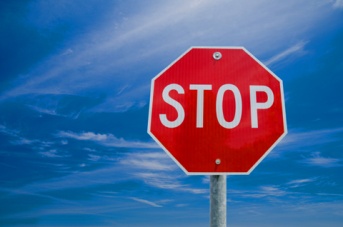 When my husband died,I didn’t want to overburden and worry my friends and family, so I learned to grieve alone. I would talk to God,  meditate,  talk to “my husband” and I would talk to myself as I prayed for the pain to subside. Many, many months down the road I did begin to feel the heartache begin to ebb, and in the process of my being there for myself I found that I was all I needed. I became a better friend to myself and eventually I was able to stand in the truth of who I had become.I soon took up writing and began to write my book. Forcing myself to not get consumed by my overwhelming grief,I was able to lead myself out of the tunnel that I was in.

When all seems lost and those who grieve have no one else to turn to, as I’ve read in the various grief communities and the various notes and emails that I receive, we must continue to live as we grieve.It’s okay to shut it off for awhile and think about other things.Redecorate,try out a new hobby, cultivate a new skill,begin to sort through the things you want to keep and things you want to ditch.You will find that to be an evolutionary process in itself,that you will revisit as time goes on.Maybe you like to make jewelry, maybe you’ve always wanted to to learn how to fish, maybe you want to take a trip to someplace you’ve never been.As you begin to become more active or master a new area of expertise,you will slowly begin the subtle transformation from grief to recovery and glide  into your “new normal.”

If those who care for us feel that we’re taking too long to get past our grief then that’s on them. As you begin to explore new activities you will begin to create new friendships and in so doing you will begin to feel alive and whole again.

This is a tough tough journey,but as we turn to ourselves for comfort we will eventually feel a surge of hope.We will be in control of our own destiny,as we become alive and whole again on our own terms.